OPINION: Belleville Needs No Defense, It Only Needs Defenders: A Provocation 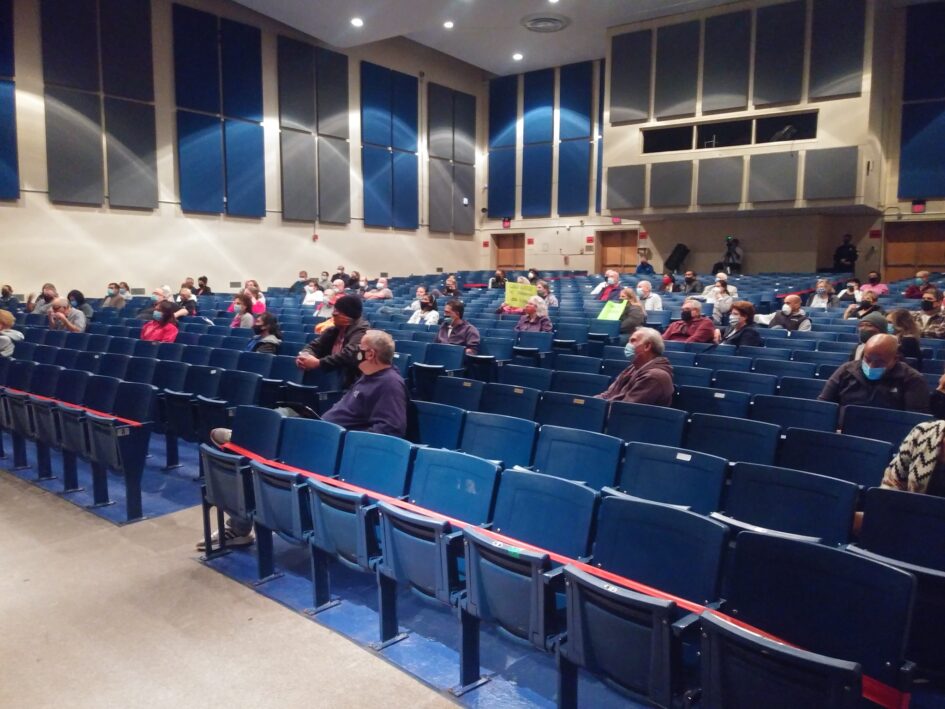 (Headline with apologies to the late writer Edward Abbey.)

Belleville has had a long history of nasty politics and often scheming and self-serving politicians. Our town is worth fighting for, one step at a time, one election at a time, one public meeting at a time. Even if things don’t change, or change slowly, there is honor in the effort.

Were you to encounter an intruder in your home, intent on harming you and your family and taking your property, you’d be reasonably justified in defending yourself.

I’ll take this train of thought a little further and say to you that the same can be said of (nonviolently) defending the town we live in: Belleville.

I lose nothing by being blunt: Belleville and its residents have long been at the mercy of elected officials who seem to care more about what political bosses and campaign contributors want than what the residents and taxpayers need. Some elected officials have at times acted worse than others, and just about all have acted, unethically, badly, or wrongly at one time or another. Although the author feels that a few of our current elected and public officials have set records for unseemly acts and behavior in the public sphere, it’s foolish to believe nasty politics and scheming and sometimes self-serving politicians are anything new to our town.

“If you see something that is not right, not fair, not just, you have a moral obligation to do something about it.”

Today, we watch as some of our elected officials appear hellbent on making our “beautiful village” a small city, by encouraging developers with little to no stake in Belleville or its future (and who often conveniently contribute to local officials’ campaigns) to come in and carve up the town for huge residential buildings. These developers – sometimes – offer only token gestures toward making improvements in Belleville, in the form of funding a park or improving sewer lines only up to the point where the development begins and ends. It seems little to no thought is given to increased costs in public safety, public health, overall infrastructure or additional children in our overcrowded schools. Our already congested streets are becoming even more so, despite the platitudes and assurances of those in power who tell us new residents will take advantage of public transportation and not own cars.

Again, perhaps nothing new, but it appears to be reaching critical mass. Such actions and behavior are morally intolerable and are quickly making Belleville financially unsustainable.

In the face of all this, it’s easy to feel powerless. There are many people in power — or those who wish to wield power — who want people to feel powerless. If people are silent or believe that speaking out is a waste of time — when it seems like nobody will put any effort in — that’s when opportunistic politicians and their backers feel they can get away with anything.

Despite how bad things may seem in Belleville, no matter how rigged the political game may appear, active, engaged and informed citizens still have the final say. When enough people demand better, Belleville will be better. Yes, money and political influence hold a lot of weight in politics, but enough people demanding change can make good things happen.

“Let every man make known what kind of government would command his respect, and that will be one step toward obtaining it.”

Your Vote, Your Voice & Your Presence Are Your Tools & Your Weapons

We started this piece by comparing defending Belleville to defending your home, family and property. You have plenty of tools at your disposal to defend our town (again, nonviolently) against those who wish to exploit it or unfairly benefit from it.

Your vote is your most important tool. Every 2 or 4 years, you have an opportunity to vote for good government and responsible decision-making — a town council (including the mayor) and school board that will represent the best interests of Belleville and its citizens (even its youngest ones.) Being an informed voter requires you to study issues, ask questions and make known what is important to you.

There may be times when the candidates on the ballot don’t appeal to you. If that’s so, there’s something you can do about that. You can write someone’s name in, or even write yourself in. It may not make much of a difference in the election, but it isn’t a wasted vote. You can also choose to mount your own political campaign one day, if you feel you have the stomach, time and energy for it. You can mount a “protest” or “education” campaign to talk about your issues, but you need to be prepared in case you do win.

Your presence is also a tool or weapon. We all have busy lives — working, taking care of family, and just living life — but attending public meetings is your best way to learn what’s going on in town. Attend, listen and speak if you want to.

Your voice is also a powerful tool. “Voice” doesn’t necessarily mean public speaking — not everybody is a great public speaker (that’s true of the author.) But whatever platform you can use — speaking, writing, social media — is a great way to make yourself heard.

Belleville Requires No Defense — Only Defenders

Belleville is a small suburban town — rich in American history — and it should remain that way. Preserving it as such is a worthy fight and noble cause. Keeping our elected officials honest and transparent in how they vote and what they do is absolutely necessary. Ensuring those elected officials keep in mind responsible development — respectful of and proportionate to our town’s suburban character and identity — is key to our town’s future and survival. How do we accomplish these goals? By being involved and by being vocal.

I won’t sugarcoat things and say the work will be easy; it won’t be. Belleville has been a battleground between various political factions for decades, and the damage wrought by such battles — the victims of which inevitably seem to be Belleville residents and taxpayers — will take time to address and heal. It may well be a one-step at a time process: one meeting at a time, one official at a time, one election at a time, one issue at a time.

A great example of what I mean is the public response to the 2014 Board of Education deficit. Thanks to committed civic advocates raising the alarm and spreading the word to the public, the State of New Jersey acted, putting in a state monitor and floating a loan to the district to cover the $4 million shortfall. That loan, of course, has been a mixed blessing, in that Belleville taxpayers have been sending $400,000 a year to the state to pay back that loan. The state investigated and produced a report, but Belleville still awaits any word or action from the state attorney general as to whether or not it will pursue criminal charges against anyone.

But with that said, those sitting school board members who were in office when the deficit occurred either didn’t seek re-election or lost re-election. Belleville is still assessing the deficit’s damage and some feel we haven’t received true justice on this matter, but at least those who were in office at that time no longer sit on the school board. That doesn’t mean, however, we can sit back; in the past few years, the school board has seemingly become a bit more spendthrift in purchasing real estate, approving leases (especially one with Mayor Michael Melham, for his Union Avenue property) and joining in a “shared services” agreement with the town to buy a building near the middle school, in conjunction with a town plan to construct a parking deck nearby.

Some may believe Belleville would be better as a city; I don’t.

Some may believe the good results of something a governing body does outweigh any unseemly or unethical behavior or actions taken by that body or some of its politicians; I don’t.

Some may believe that no matter what they say or do in protest against or criticism of elected officials, it won’t matter or change anything; maybe, but there’s honor in the attempt.

A good measure of a person’s character or integrity is knowing they will fight for something. Belleville is our town — we need to defend it.