AlphaDog Solutions and The Belleville Public Library: Conflict of Interest? 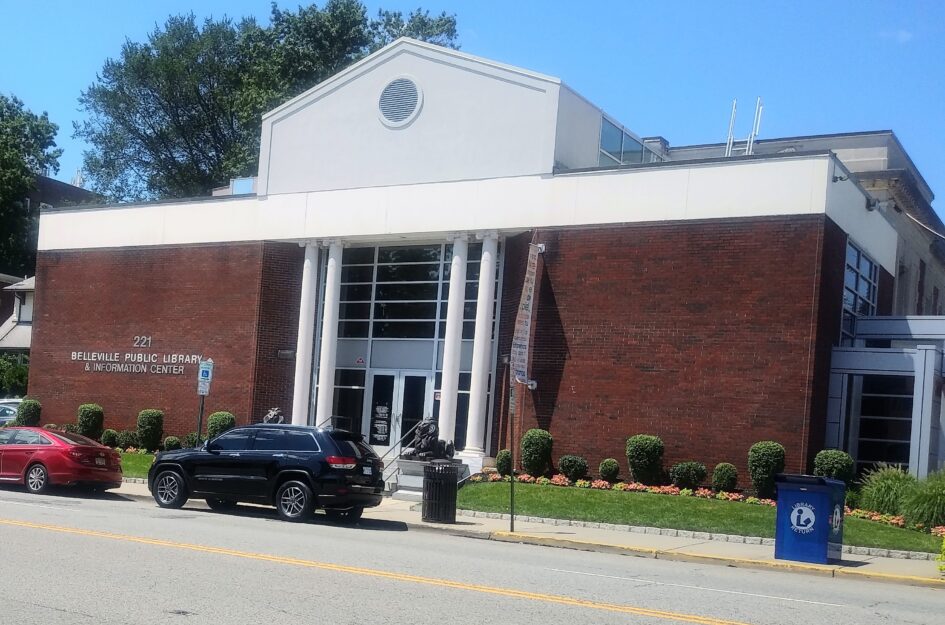 Why would a legal opinion from a library board attorney, apparently concerning a conflict of interest with AlphaDog Solutions — Mayor Michael Melham’s company — be necessary?

While doing research into the continuing saga of the “Portrait of Belleville” painting, Belleville Watch requested Library Board of Trustees meeting minutes from the past two years. In reviewing them, an item from the February 2020 minutes — which encapsulated minutes from the January 2020 meeting — stuck out like a sore thumb:

It seemed strange. Why would the then-Library Board of Trustees attorney write a letter concerning an alleged conflict of interest with AlphaDog Solutions, which just happens to be owned by Michael Melham — mayor of Belleville and then-president of the library board?

Alphadog Solutions, according to its website, offers “web solutions for local government and business.” It also sports a lengthy client list, which includes the Borough of North Arlington, the Township of Lyndhurst (where Melham resided before moving back to Belleville just in time to run for mayor,) South Amboy, Guttenberg and North Bergen. These towns’ official website sport “Developed by AlphaDog Solutions,” and each follow a nearly-identical website template.

The company was started in 2004, according to the website. 2004 was also the last year Melham was Fourth Ward councilman. Current Fourth Ward Councilman John Notari was elected to that seat in May 2004.

AlphaDog’s business address is 335 Union Avenue, the very same building that Melham owns and in which the Belleville Board of Education — including two board trustees whose campaign Melham managed in 2019 — voted to lease space for 5 years. Melham stands to gain almost $200,000 over the next five years from that lease.

AlphaDog also states it offers a variety of services, but in Belleville Watch’s research, website design and management appear to be one of its leading services. The company claims to have both private and public clients.

This editor sent a Open Public Records Act request to acting library director Frances Bacardi on March 16th, requesting specific documents. The request asked for records concerning the alleged water leaks/damage that Mayor Melham claimed existed at the library. Those leaks/damage were the crux of his most recent public explanation of the library board’s decision to loan his office the “Landscape of Belleville” painting, which legally belongs to the Belleville Historical Society.

Additionally, I requested a copy of the letter concerning the conflict of interest with AlphaDog mentioned in the minutes.

Ms. Bacardi replied March 22nd, fulfilling most of the request. A one-sentence statement on library letterhead stated simply that the conflict of interest letter “is considered privileged.”

On March 29th, Victoria Lucido of Aloia Law Firm LLC — the library board’s current legal representation — e-mailed me a letter reiterating attorney-client privilege as an exemption to the OPRA request and as grounds for denying access to the letter.

Because the conflict of interest letter in question has not been released, and keeping in mind both the services that AlphaDog Solutions provides, and the agenda item’s wording concerning the letter, the whole matter radiates a bad vibe.

What Was It All About?

Why did the then-legal counsel for the Belleville Library Board of Trustees write a conflict of interest letter or legal opinion concerning AlphaDog Solutions? In light of the current legal counsel’s denial of the request, we may never know. However, knowing the services AlphaDog offers, one might speculate on at least one possibility: that Melham — at the time president of the library board — perhaps wanted AlphaDog to operate the library’s website or other online/digital resource. Melham’s company appears to excel at designing websites, so such speculation may be warranted. If so, it also wouldn’t be the first time that Melham and AlphaDog has been eyed with suspicion.

Belleville’s town website was redesigned in the days and weeks following Melham’s 2018 election. Although the AlphaDog name isn’t specifically listed as the site’s developer, a couple of pages — including an app privacy policy page — does mention AlphaDog. The site’s construction seems to closely follow the template that can be seen on many AlphaDog-developed sites. When questioned in public meetings about AlphaDog managing the municipal website and its potential cost to taxpayers, Melham has stated that his company does run the website but does not charge for it.

Beginning in 2019, Melham seemed to believe that he as mayor could appoint the majority of Planning Board members. He based this on a law that was in effect when Belleville was run by a commission form of government, which Belleville residents voted to end back in 1990. It seems no coincidence that over the summer of 2019, the Planning Board’s webpage content was changed to display the ordinance’s text, thus seeming to lend official support to Melham’s position, never mind the ordinance being outdated.

Mayor Melham has obviously worked hard to build AlphaDog into a successful business; kudos to him for that. However, the fact that Belleville’s public institutions and Melham’s private interests — AlphaDog and his property holdings – have intersected at least twice (and possibly three times) is troubling.

All In All, A Strange State of Affairs

As was noted before, because it appears that neither the acting library director nor board counsel are willing to release the letter and its contents, we are forced to speculate. Considering Mayor Melham’s past unseemly (and perhaps unethical) behavior, it seems there may have been cause to believe there may have been a potential conflict of interest regarding his company AlphaDog Solutions and the Belleville Public Library.

Melham built AlphaDog Solutions from the ground up, following his one-term stint as a councilman. He has developed an impressive client list, and he deserves all credit for owning and operating a successful small business. Yet, regarding AlphaDog and Belleville Public Library, we are left with a puzzle that’s missing key pieces. The January 2020 agenda minutes mention a conflict of interest letter about AlphaDog, and the public is deprived of the letter’s contents or at least an explanation as to why such a letter was necessary. Thus we are left to speculate on the letter’s whys and wherefores. It’s reasonable to question what might have occurred.

Belleville Watch reached out to Melham for comment, but no reply was received.