Questioning Melham’s Planning Board Changes, Or, Why Can’t I Get That In Writing? 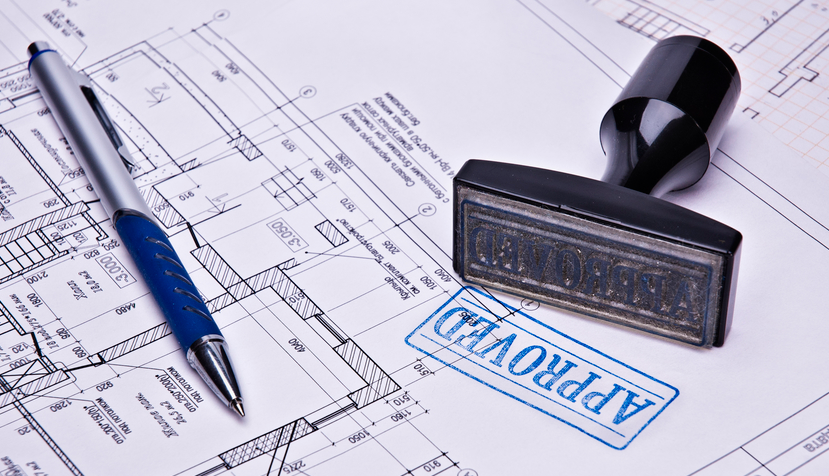 (Editor’s Note: I joined other concerned Belleville residents in questioning Mayor Melham’s powers to appoint board members without Town Council approval prior to becoming editor of Belleville Watch. FF3.)

We’ve all had at least one argument with someone who thought they were absolutely right, despite being provided evidence that they are wrong. Whether it’s a discussion about politics, sports, or whether or not the neighbor’s house is painted grey or just off-white, oftentimes you just have to withdraw because the person simply cannot be convinced.

But when it comes to a matter of lawful procedure, and the person with whom you are arguing is the mayor, it’s not an option to withdraw. Such is the matter of whether or not the mayor has the power to appoint persons to municipal boards without Town Council approval.

Resignations and Planning Board Changes

On January 15, 2020, a questionable Class IV appointment to the Planning Board ended with the appointee’s resignation from both the Historical Preservation Commission and the Planning Board. This appointment became questionable when the appointee began working for the township in February 2019. N.J.S.A. 40:55D-23 prohibits municipal employees from serving as Class IV members of a planning board.

The very same day the appointee resigned, Mayor Michael Melham sent communication to Township Clerk Kelly Cavanagh moving his Class I Planning Board appointee to Class IV, and reappointed the resigned appointee as a Class I member.

If Mayor Melham’s actions appear strange, it might be because there had been questions from Belleville citizens about the appointment since at least March 2019. Questions about the propriety of a township employee serving as a Class IV member were voiced at both Planning Board and Town Council meetings for nearly eight months, culminating in a legal written opinion from Planning Board attorney Rose Tubito essentially agreeing the appointment was valid. In October 2019, a group of concerned residents called Belleville Town Advocates, or BTA (Editor’s Note: I am a member of Belleville Town Advocates) solicited an opinion from an eminent land-use attorney which stated the appointment was prohibited by state law. BTA later sent a letter to the Town Council demanding correction of the appointment only a few days after the appointee’s resignation, of which BTA was not aware at the time.

A request for documents under the New Jersey Open Public Records Act shows that the mayor, in making the changes to the Planning Board and also appointing other members, invokes Chapter 19-1 of the 1975 Public Law (local ordinance) as his authority to do so. Persons knowledgeable about that law argue that Chapter 19 existed only under the commission form of government, which Belleville used until 1990, when voters approved a change to the present council-manager form of government.

In an attempt to settle the matter, I requested from Township Attorney Stephen Martino at the January 28th 2020 Town Council meeting a written legal opinion on the mayor’s power to appoint and make changes to the Planning Board. Mr. Martino essentially retorted that he worked for the Mayor and Council, not the residents. To Mr. Martino’s point, I sent an e-mail the following day to my ward representative on the Town Council, John Notari, requesting that he, as a member of the Town Council, request a written legal opinion from Mr. Martino about the issue. The text of the e-mail can be seen below. On February 3rd, I received a reply from Township Manager Anthony Iacono, essentially restating Mr. Martino’s position. I wrote back a reply, and you can see the text of both e-mails below, as well. To this day, I have received a reply from neither Councilmember Notari nor Mr. Martino.

Can Belleville residents really expect a “Better Belleville” from an administration that refuses to give a substantial answer to a simple question from a resident and taxpayer? In any case, it’s doubtful that residents who voted for Melham and his running mates did so knowing that he’d try to vest more power to himself.

You were present at last night’s Town Council meeting, where I questioned Mayor Melham about his powers to rearrange appointments on the Planning Board and his powers in general regarding appointments to the Planning Board. Mayor Melham essentially used the “it’s under the law and other mayors have done similar things” explanation, and when I asked Mr. Martino for a legal opinion on the matter, he essentially replied that he worked for the mayor and council, not residents. I would argue, however, that because tax dollars go to pay his salary, he should be responsive to resident requests for legal opinions regarding town matters.

With that said, I am nothing if not fair, and as a good faith gesture, I will concede Mr. Martino’s assertion that he works for the Mayor and Council. Therefore I, as your constituent, (I now live in the 4th Ward,) request that you, as my representative on the Town Council, request from Mr. Martino a formal, written legal opinion detailing the mayor’s powers of appointment relative to the Planning Board. Upon your receipt of that opinion, I request that you share it with me.

As I mentioned at last night’s meeting, this whole matter as to the mayor’s powers regarding board appointments is confusing. There are two conflicting laws at play, Mayor Melham said that Section 19.1 of the 1978 Public Law gave him the authority to make the changes to the Planning Board membership. The text of that law miraculously appeared on the Planning Board webpage in late June of last year — just around the same time the Mayor proclaimed he had the authority to appoint the lion’s share of PB members. But then again, because his company AlphaDog is apparently now running the Township website, maybe it isn’t so miraculous that a law ostensibly giving the mayor more power suddenly appeared. But I digress.

There is also NJSA 40:55D-23, which is state law, and which gives the council the lion’s share of responsibility in approving appointments under a council-manager form of government. That statute is also the one that Planning Board attorney Rose Tubito quoted in her opinion letter to Mayor Melham defending Ms. Guaman’s appointment, and also the one Mr. Kates quoted in his contrary opinion. So which law is the Township using as far as Planning Board appointments? It’s my understanding from persons more knowledgeable than I about these matters that  Section 19.1 falls under the commission form of government, which Belleville changed in 1990. If this law does not apply to a council-manager form of government, why is the mayor quoting it and why does it appear on the Township website? A formal, written legal opinion from Mr. Martino just might clear up this whole issue. It matters what law the Township is following concerning the Planning Board and how it appoints. If the mayor is hell-bent on making our town “Hoboken on the Passaic,” the least the public can expect is that it is done under the correct laws.

I trust Mr. Martino won’t take four months to issue an opinion, as it did Ms. Tubito in her written legal opinion mentioned above. As a matter of fact, I can’t see why it wouldn’t be ready prior to the next Town Council meeting on February 11th, if it is such a cut and dry matter. Please ask Mr. Martino to deliver said opinion before that time.

I am leaving this simple request in your hands, Councilman. This matter needs to be addressed now. Please acknowledge your receipt of this request by replying to me on this e-mail.

Good Morning Mr. Fleischman
Not sure why your January 29, 2020 email (Request for a Legal Opinion) was directed at Councilman Notari and not the Town Council but regardless Mr. Martino’s duties are outlined in the Township Code.  He renders opinions to the Mayor and Council or any council member on legal issues such as the issue you have raised.  However, his duties do not include providing legal opinions to private individuals.  In fact, the legal advice he provides to Mayor and Council is a matter and lawyer-client privilege and should not be disseminated to private individuals. Therefore what you are requesting is not possible.

Thank you very much for your reply. I was hoping for a reply from Councilman Notari, who represents the ward in which I reside, which is why I e-mailed him in the first place.

Mr. Martino made it quite clear that he serves the Mayor and Council and not residents, as I’m sure you also heard, having been present at the meeting. That is why I am asking Councilman Notari to make the request of Mr. Martino; as a Councilman, I am certain he has the authority to request a legal opinion of the Township Attorney.

You state that Mr. Martino’s legal advice to the Mayor and Council is protected under attorney-client privilege. Yet, the legal opinion Planning Board attorney Rose Tubito provided to the mayor concerning the appropriateness of a township employee serving as a Class IV member of the planning board was shared with, or was obtained by, at least one private individual. I was also a community journalist for three years, covering local governments, and I know there were times when a legal opinion from a township attorney was actually read into the minutes of a meeting.

It is baffling how Mr. Martino and the Mayor and Town Council seem so reluctant to answer a simple and fundamental question about how the Township operates. I am not asking for confidential employee records, copies of collective bargaining agreements or details of lawsuits against the Township; I am simply asking for a written legal basis for the mayor’s claimed powers of appointment for the Planning Board and other boards, if applicable! It’s not a hard question to answer. I understand Mayor Melham told me he made changes to the Planning Board under Section 19 of the 1975 Public Law; the mayor may be many things, but to my knowledge a lawyer isn’t one of them. It’s not too much to expect a written legal opinion from the township attorney on this issue, especially when the mayor is selling it to the public as being a cut-and-dry matter.

Therefore, I officially, once again, request of Councilman Notari — and all members of the Council and Mayor Melham, if that makes a difference — to request from Mr. Martino a written legal opinion concerning the legal standing of the mayor’s power to appoint Planning Board members, and that it be made publicly available. If the Planning Board webpage can miraculously be changed to include Chapter 19 of the 1975 Public Law, I don’t see what harm there is in publishing or making available a legal opinion about the mayor’s power of appointment. As the resident requesting this, I expect a copy of that opinion to be e-mailed to me as well. As the mayor’s appointment powers are being passed off to the public as being unquestionably legal and appropriate, writing an opinion explaining the basis for those powers should be easy; I anticipate that delivery and public availability of the opinion should take no longer than February 11th, 2020, the date of the next Town Council meeting.

In closing, I remain,