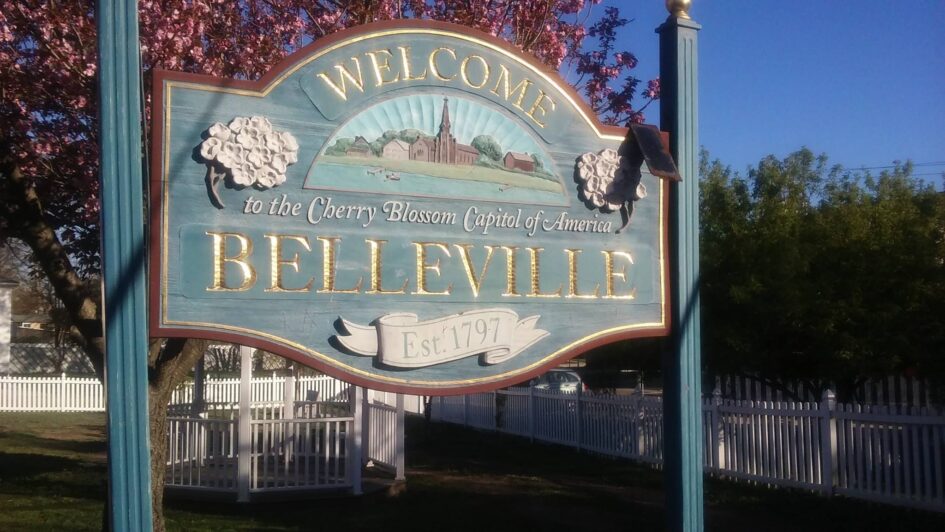 Belleville Watch is often accused of criticizing our elected officials and “being negative,” without offering an alternative. I offer this in hopes of inspiring larger conversations about what Belleville could be.

Belleville is a small town, steeped in American history and with its own unique character. Throughout the decades, the town has developed a (not necessarily undeserved) reputation for nasty politics, corruption and ever-increasing taxes.

The result? A deep apathy among Belleville residents. Voter turnout is often low, as is attendance at public meetings, unless an urgent issue arises. A general attitude of “why bother, I can’t make a difference” soon prevails. Some in power exploit this apathy, believing that silence translates into approval of whatever they do.

Apathy inevitably leads to desperation and to rule by elected officials who may not have at heart the residents’ or town’s welfare. Soon, short-term gain is offered at the expense of long-term sustainability. Before you know it, the town’s character — its soul — is diminished; sold off, piecemeal or wholesale, to those who would fill campaign coffers or promise the sun, moon and stars.

Belleville Watch believes Belleville can be much better than we are now. Not as a political campaign cliché, but in a way of living, of acting, and of believing.

Active, informed and engaged residents are the foundation of any lasting change in Belleville. They must have information at their fingertips, have many ways in which to participate

For too long, Belleville has had politicians telling residents what they want or need, instead of asking the community.

Perhaps a good starting point would be participatory budgeting. Residents empowered to vote on how a specific sum of public money should be spent would encourage people to participate. This is much more direct a process than, say, voting on the board of education budget — something taken away from voters when the board decided to move its elections to November.

The master plan is among the most critical documents any city or town develops and publishes. Belleville’s idea of resident input on planning has seemingly never been more than a single planning board meeting after the draft plan is completed, but before the plan is voted upon. Compare this to the Village of South Orange’s master plan update, which held more than 40 individual feedback sessions for residents and property owners.

Belleville could convene citizen panels and boards to study and make findings on controversial and critical issues. Everything from quality of life issues to establishing a local ethics board would be possibilities.

There is an untapped reservoir of talent, energy and intelligence in Belleville, and it’s past time to put it to use for the sake of our town. We must start building a framework in which residents can participate more directly to preserve the town’s past, make best of the present moment and help determine Belleville’s future.

Good government may sound vague. How does Belleville Watch define good government? At the most basic level, a government that is transparent in its operation and decision-making, ethical in its conduct, and financially responsible.

No resident should be confused or ill-informed as to the why or wherewithal of a particular policy or decision by any governing body. Transparency means ensuring the processes and decisions of local government are explained clearly, and are easily understandable. .

The Town Council now uses an online system where resolutions, ordinances and related correspondence can be viewed online; for at least a year, the public has been told the technology is being tested for public use. Going live with technology or methods to educate and inform the public should be a priority.

As part of state directives during the pandemic, the optimal format for public meetings is hybrid in-person and virtual. People who wish to attend would do so, others could stay at home and watch, and both in-person and mailed/e-mailed public comments would be allowed. This format should be re-introduced in Belleville, and should continue even after the state ends its pandemic orders.

A question often asked is, “Where does all the money go?” I recently advocated for a fiscal audit of Belleville’s operating finances to see where money is being spent, where it is being wasted, and where there could be potential savings. Budgets upwards of $60 million for a 2.3 square mile town of 37,000 residents can’t simply be blamed on “contractual obligations.”

Finally, residents must expect more of our elected officials. What has been highlighted recently is the too-often common connection between outsourced legal/consulting work for the town and the contributor names appearing on campaign finance reports. When this is brought up, residents are often treated to platitudes such as, “Well, that contribution was reported on my campaign reports; because of that, state law allows me to vote on this.”

Many times, however, what’s legal and what’s ethical are worlds apart. We need leaders who view what’s legal as the bare minimum of what is expected from them, and to perform well above that minimum. As mentioned above, a code of ethics, developed with resident input, would be a step toward restoring trust in local government.

Further connecting with civic engagement, Belleville needs people willing to sacrifice time and energy to run for office. Without active citizens questioning and holding our elected officials accountable, combined with a wide field of candidates for office, those whose agendas may not match Belleville’s best interests will prevail over and over again.

As was stated above, Belleville is a small, suburban town with a unique character, and has been a part of every epoch of American history. To ensure that Belleville remains a small, unique suburb, residents and elected officials alike must do the hard work of ensuring development remains small-scale, respectful of Belleville’s character and leaning heavily toward commercial and industrial uses.

The all-too-easy and all-too-common granting of PILOT (Payment In Lieu Of Taxes) programs or LTTE (Long-Term Tax Abatements) to developers must end. Tax breaks should be used sparingly, only to encourage commercial or industrial development and other development fitting to our community’s small-town character.

Those who wish to bring more high-density residential development to Belleville should not be granted tax breaks, as more traffic, more water use and more consumption of public services (fire, police) inevitably leads to higher costs and consequently to higher taxes.

Those costs often fall back to the taxpayer, while the developer enjoys tax breaks for construction improvements on the land and the years that it takes for a development to become profitable (if it does at all — the real estate market can be volatile.)

Incorporating Belleville’s History Into The Community

Belleville has a rich history — it was at the forefront of the Industrial Revolution, thanks to inventor and patriot Josiah Hornblower, who lived in Belleville while constructing the first steam engine in America. Belleville was also a brisk manufacturing and industrial center for many years, up until the period of de-industrialization began in the early 1970s.

To honor and preserve Belleville’s history, history should be incorporated it into how Belleville is promoted to the world. In the same way other towns (Phoenixville and Bethlehem, PA, Lowell, MA, among others)have used their history to create a specific framework for success, Belleville should emphasize its history as a middle-and-working class suburb that built things for the world to use.

Although some industries that called Belleville home invariably polluted the water, air and ground, we can welcome back industry and manufacturing that hopefully uses environmental-friendly practices in historic buildings. Why not encourage restaurants and cultural institutions to build around Belleville’s history and character, incorporating it as a theme?

Instead of using a campaign cash-connected public relations company to issue press releases, what if the town hired a firm to conduct focus groups of residents, and get feedback on Belleville and its strengths, weaknesses, opportunities and challenges?

A Truly Better Belleville: Building the Community While Respecting The Town’s Character

Belleville is surrounded by small communities and a large city. So far, all that has been done is to replicate what they do: lure in high-density residential or mixed-use development with tax abatements, no matter how it may damage or distort Belleville as a town. Some, it could be argued, would rather Belleville become a city, much like Hoboken or Jersey City, than the small town it has always been. Belleville must resist this kind of thinking.

We must see through easy platitudes such as, “Belleville’s bones are being preserved” or “the only way is forward.” Yes, we must move forward, but with small steps reflective and respectful of the small town we live in and love. We must walk the balance beam of strengthening our community, while preserving our town’s character and soul.

Belleville can, and should be, a shining example of how a town can sustain itself by staking its future on its own character, strengths and standards of leadership, and not pat ideas of “prosperity” and “success.”

The Conversation Must Continue

This piece isn’t the final word. I don’t claim to have all the answers, and I’m leery of people who do. This piece is, hopefully, just the starting point for wider discussions of how Belleville residents can come together and work fruitfully for the community’s benefit, demand accountability from our elected officials, and truly build a community for all.