How About A Financial Audit of Town Hall in 2021? 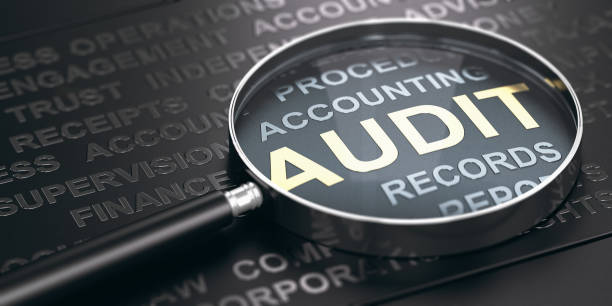 Mayor Michael Melham says tough financial decisions need to be made due to revenue shortages. Belleville residents need to know how their tax money is being spent. A forensic audit of Town Hall would help.

In 2020, as if dealing with the financial and public health challenges of Covid-19 wasn’t enough, Belleville residents and taxpayers discovered they were officially paying for health benefits to its elected town officials. Adding insult to injury, both residents and business owners in town later learned they would be paying exorbitant water rate increases. The water rate issue led to one of the most well-attended Town Council meetings in recent memory, with angry and disgusted residents taking the mayor and town council to task and demanding answers.

In both cases, Mayor Michael Melham kicked his gift for spin into overdrive. Health benefits were already available to elected officials in prior years, he claimed (alleging such benefits were granted improperly in the prior administration,) but that he and the current Town Council merely made the practice officially legal and proper.

Melham (unsurprisingly) chalked up the water rate issue to the prior administration’s alleged failure to re-negotiate or renew a water contract with the City of Newark. Soon after, Melham claimed Town Hall’s financial professionals made errors in the rates due to “incomplete data,” and within weeks, the Town Council approved new, lower rates. Some might call the quick turnaround “miraculous;” others might call it damage control.

All of this leads to an ever-present, but never adequately answered, question: With all the money Belleville residents and business owners pay in ever-higher local taxes, where does it all go, year after year?

It’s a legitimate question. Belleville is a small town, with approximately 37,000 people living on 2.3 square miles (excluding the golf course, parks and other land that cannot be occupied or built upon.) Yet, Belleville’s municipal budgets have been in the $60-millions ballpark in recent years. While a not-insignificant amount of that budget obviously goes toward paying employee salaries and benefits as well as customary expenses, Belleville taxpayers deserve to know what else they may be paying for.

2021 is a new year, and it’s time that Belleville gets a fiscal, forensic audit of operating costs and finances at Town Hall.

What’s A Forensic Audit, and Why Does Belleville Need One?

Private and public organization often use forensic audits to determine where money is coming from, and what it is being used for. Such audits are often required when investigating if money has been criminally misused, misspent or misappropriated.

I can imagine now the ominous question from readers: Is he really accusing Town Hall officials of criminal acts? No, I am not. Simply put, a forensic audit would deeply detail where money is being spent and for what purpose. If, however, such an audit did uncover any dirty fiscal deeds, all the better!

It seems like Belleville residents pay for things of which they are barely aware. If you follow Town Council meetings, it seems as if on almost every meeting agenda there is a resolution awarding a professional service contract to a law firm, a vendor or a consultant. Perhaps a forensic audit would shed light on how some of the outsourced work could be kept in-house, and maybe at a lower cost.

Belleville residents deserve to know how their tax money is being spent, and in full detail.

Forensic Municipal Audits Are Not Unheard Of

Last summer, the Hoboken City Council, facing a multi-million dollar budget shortfall, considered accepting $4.6 million from Hoboken Public Library to use toward plugging the hole. The City would later repay the amount by bonding for library capital improvements, paying for it over 20 years. Hoboken councilman Mike DeFusco, opposed the plan and called for a municipal forensic audit of city operating costs and finances to ensure future budgets were fiscally sound.

In 2016, Killeen, Texas residents demanded a forensic audit of city finances after the city manager announced city expenses outpaced the revenue Killeen had taken in.

In an infamous and much-studied example, the small town of Bell, California in Los Angeles County saw several city officials — including its mayor and city manager — charged with “corruption on steroids” in 2010. A forensic audit of Bell’s finances showed that $5.5 million in tax monies had been misappropriated in various ways. As a result, several city officials either pled guilty or were convicted of felonies connected with the scandal.

The now-retired auditor of New Jersey’s Office of Legislative Services Steven Eells, conducted a forensic audit of sorts related to the activity leading up to the 2014 budget deficit the Belleville Board of Education incurred.

How the town uses its revenues directly affects everyone in Belleville, and it’s up to we taxpayers and residents to demand an accounting. If you’re a resident taxpayer in town, you are painfully aware that property taxes, water bills and the sundry fees you may pay to the town factor into whether or not you can continue to afford living here. If you’re a business owner, taxes and other expenses often make the difference between being profitable, breaking even or taking a fatal loss to your business. If you rent living or commercial space, tax increases may force your landlord to raise your rent. Finally, if you’re a senior citizen on a fixed income, local taxes can have a life-changing impact.

Mayor Melham has, of late, stated that due to Covid-19, municipal revenues were down and that hard decisions would need to be made in preparing the next budget. Maybe an in-depth audit of Belleville’s operating costs and finances would assist our town officials in making those decisions, so perhaps trimming the fat wouldn’t affect the level and quality of services for which Belleville residents pay a pretty penny.

It’s our money, Belleville residents. We deserve to know how our tax money is spent, so we must demand a forensic audit of the operating costs and finances of running our beloved Belleville.