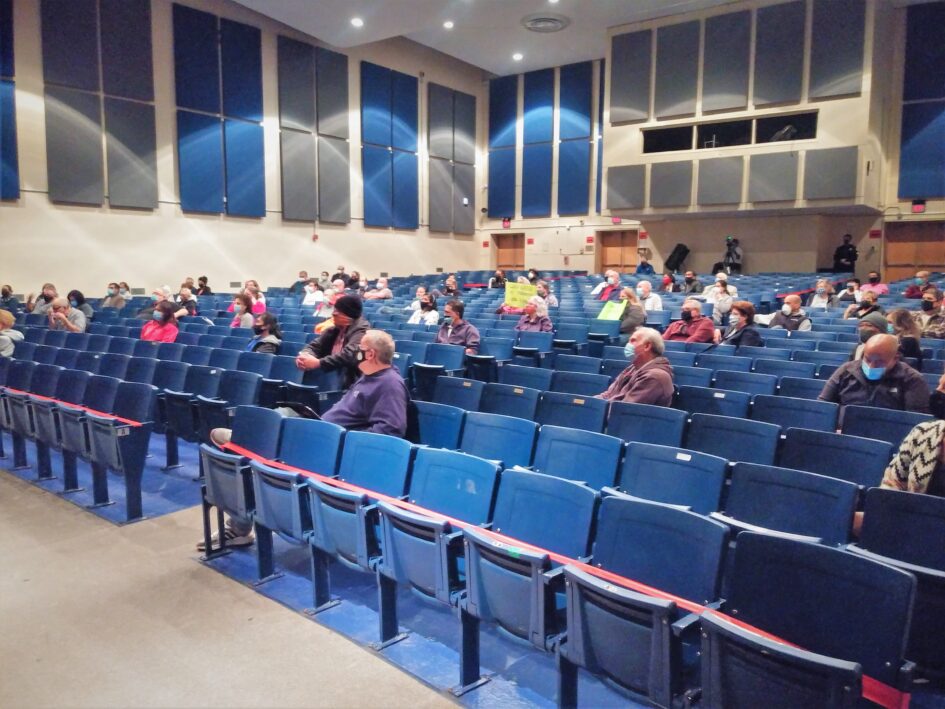 Nothing makes a civic watchdog happier than to see people attending public meetings and demanding answers and accountability from their elected officials.

Many residents attended to protest and complain about the ludicrous water rate increases that the mayor and town council approved recently. This was only a few weeks after Belleville residents received their initial property tax bills, which also featured above-average increases.

Mayor Michael Melham has stated publicly that the water rate increase was necessary because the town had been out of contract with the City of Newark (from which Belleville purchases its water) since 2016, and alleged prior water rate increases may have been absorbed or ignored by the prior administration.

The week before the meeting, Melham posted on Facebook that it appeared that Town Hall’s “financial professionals” had used incorrect or incomplete data to calculate the new rates, and vowed to get to the bottom of the issue. The Town Council passed resolutions last Tuesday to direct Township Manager Anthony Iacono to review the data and how the rates were calculated and to enter a new water contract with the City of Newak.

Assuming Meham’s explanation is plausible, it would mean all four current ward councilpersons — all of whom have held office under the Kimble administration — have engaged in a conspiracy of silence about the town’s water contract and its arrears for years. It wouldn’t be a leap in logic to believe at least one of them would have made the matter a campaign issue in one of their re-election campaigns.

Residents Have Every Right To Be Angry

It was inspiring to see so many residents at last Tuesday’s town council meeting, and the civic spirit they demonstrated. We hope this is an early sign of a revived interest in what our elected officials are doing, and holding them accountable.

It’s understandable that people will attend a public meeting when there is an issue that affects them personally, like a high property tax or water rate bill. What people need to understand is that local government decisions affect residents’ lives all the time. Decisions made in the Statehouse, the governor’s office, or even in Washington D.C. don’t have as much impact as the actions of the town council.

A resident may look at a town council or board of education agenda and think, “Nothing here affects me.” Wrong; every decision those bodies make affect everyone in one way or another, at one time or another.

Only the efforts of active, informed citizens can pave the path to good government — a government that respectfully and prudently uses tax dollars, is as transparent as legally possible in its decisions and operations and welcomes citizen input and participation.

Last Tuesday, Belleville residents laid a solid foundation for civic action; we hope it’s only the first step on the road to good government in Belleville.