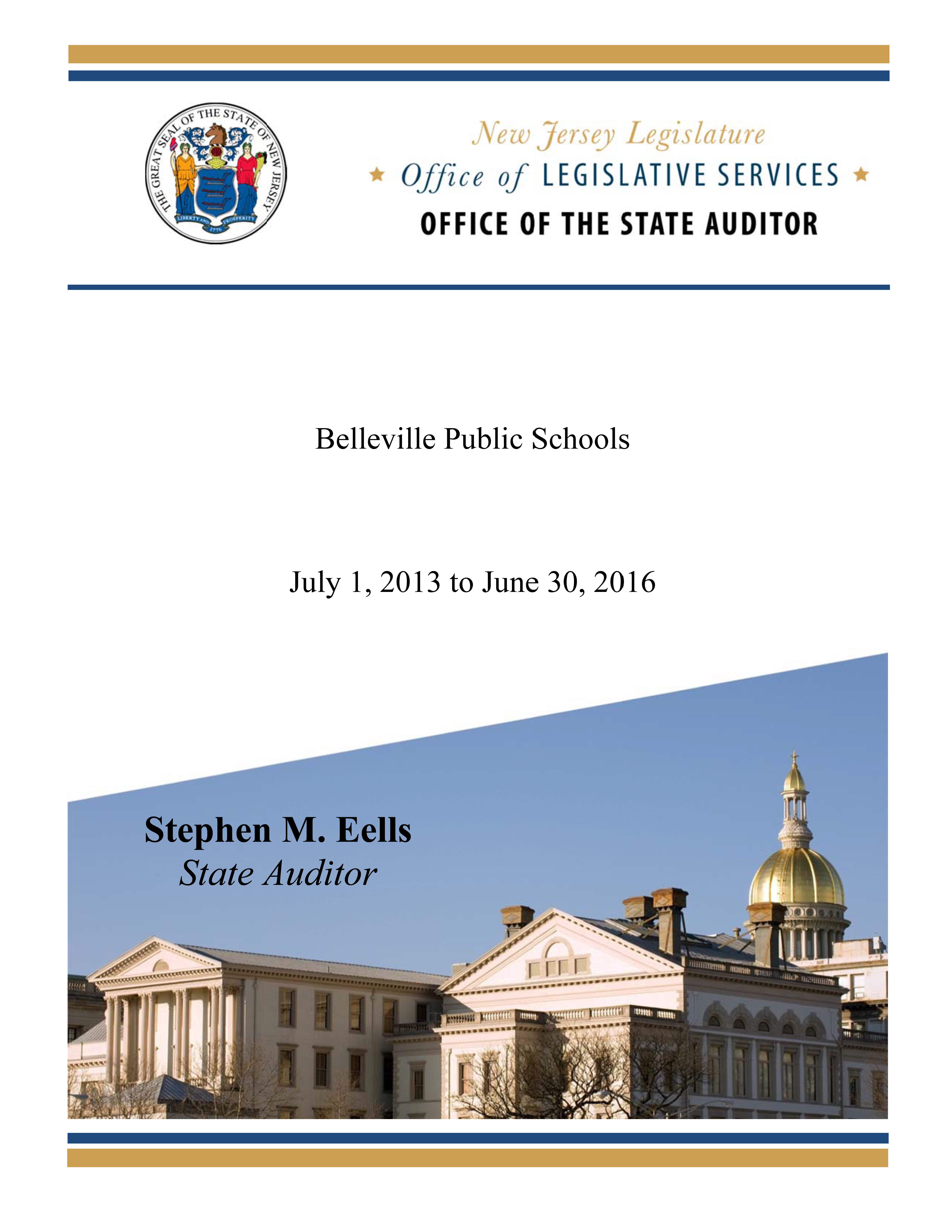 Mayor Melham and the Town Council have no problem issuing pricey water bills to Belleville residents, allegedly to cover a $1.6 water utility deficit. That’s probably not shocking when you consider their refusal to support a criminal investigation into a $3.7 million school board deficit from 2014.

Belleville residents and business owners are rightly outraged at the ludicrous water rate increases the township has billed them, apparently to close a $1.6 million deficit in water utilities. Mayor Michael Melham has conveniently laid the whole matter at the feet of the last administration, while playing down the two and a half years his administration has had to address the problem.

A $1.6 million deficit certainly can’t be dismissed, but residents new to Belleville and its politics may be shocked by another number: $3.7 million.

Residents are paying back as much as $450,000 a year to the state due to a nearly $4 million deficit incurred by the Belleville school district in 2014. Even more shocking is that at the October 27th Town Council meeting, Mayor Melham and the quorum of 5 councilmembers — by their inaction — demonstrated they couldn’t care less about that fact. (Editor’s Note: First Ward Councilwoman Marie Strumolo-Burke was absent from the October 27th meeting, as well as the October 13th Town Council meeting.)

The mayor and council inexplicably failed to meet a challenge by Belleville Watch to pass a resolution supporting a state investigation into possible criminal activity related to that BOE deficit.

The Belleville Board of Education 2014 Deficit: A Recap

In 2014, the Belleville Board of Education disclosed that it had discovered a $3.7 million deficit for its fiscal year 2014 budget. It is unlawful for a New Jersey public school district to operate with a budget deficit.

Following resident outrage (and coverage from Belleville Watch’s then-fledgling parent site, Essex Watch,) the New Jersey Department of Education responded by appointing district monitor Thomas Egan and floating the district a $4 million loan to close the deficit, to be paid back over 10 years.

While the Belleville school district began the hard work of addressing the deficit (aided by new school board trustees Belleville residents elected in the following election,) Stephen Eells, the state auditor for New Jersey’s Office of Legislative Services, began an exhaustive four-year investigation into what policies and actions (or lack thereof) created the deficit.

On July 27th, Belleville Watch published an open letter to New Jersey Attorney General Gurbir Grewal, stressing the importance of an investigation into any criminal matters relative to the deficit.

In August, Your Belleville Watchdog e-mailed a public comment to the Town Council, asking them to offer a resolution encouraging the attorney general to investigate. At the August town council meeting, Mayor Melham mumbled some words about the “wheels of justice turning slowly,” and the silence among councilmembers was deafening.

On September 28, Belleville Watch challenged Board of Education candidates to publicly support an investigation into potential criminal activity related to the deficit. Incumbent Michael Sheldon and challenger Frank Velez fully met the challenge, while incumbent Erika Jacho only partially met it.

Finally, at the October 13th Town Council meeting, Your Belleville Watchdog spoke at the meeting and challenged the Town Council again to offer and pass a resolution encouraging the attorney general to investigate at the October 27th meeting. They failed to do so. Belleville resident Bill Mildon asked the Council about the resolution and Melham gave a rather non-committal “It does not seem to be on the agenda.”

Mayor Melham and the Town Council refuse to support even an investigation into possible criminality leading up to a $4 million deficit in the Belleville School District in 2014. A good question to ask is, “why won’t they?”

Why Won’t They Support an Investigation?

One would think a mayor and town council who waste no time in telling residents, “We care about Belleville taxpayers,” and “When we have to raise property taxes, we pay too” would be falling over themselves to support justice for Belleville taxpayers by at least passing a resolution merely asking for a state investigation into possible criminal activity leading to the 2014 BOE deficit. Such a resolution costs nothing and only requires a sense of integrity.

For a moment, think about the Town Council’s members. One is an educator in nearby Clifton, another is a former Belleville educator, and a third has family members who have been, or currently are, employed by the Belleville school district.

Why wouldn’t these councilmembers — certainly not ignorant of the deficit and the damage it caused not just to taxpayers, but to Belleville schoolchildren as well — support a criminal investigation into what occurred?

It is true that the town council and the school board are separate entities; one legally cannot interfere or influence the other. However, that need not stop our mayor and councilmembers from taking a stand. It is within their power to request state action that hopefully will bring closure to a debacle that Belleville residents had no hand in creating, yet unfairly continue to pay for.

The Town Council’s silence and lack of action on what is a simple matter of justice and closure for the town our elected officials claim to represent, is baffling. It’s just one more damning example (as if any more are needed) showing they have consistently failed to do what is right and fair to the public interest of Belleville.

(Note: The next Town Council meeting is Tuesday, November 10th at the Belleville High School Auditorium at 6 p.m. Belleville Watch encourages all residents to attend. Let’s build on the October 27th meeting as the start of more active citizenship in Belleville!)