Belleville Watch at One: The Editor Reflects 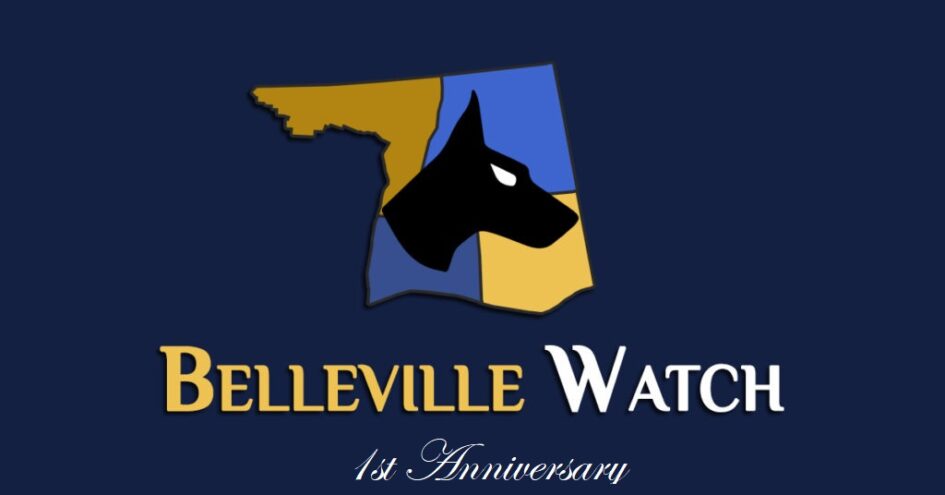 Throughout my adult life, I have held firm to three simple values: good government, civic engagement and responsible development. A year ago, when Essex Watch founder Lee Dorry invited me to become editor of Belleville Watch, I put those values into action.

Belleville Watch is a platform where I write on different issues and subjects in Belleville, offer my own opinions, and simply inform my fellow Belleville residents. I don’t consider what I do on Belleville Watch “journalism,” although my early career as a community journalist certainly informs my efforts.

My Role as Writer (and Editor)

Why do I write and edit Belleville Watch? I’ll paraphrase one of my literary influences, Edward Abbey. I write to entertain (and inform) friends and to exasperate enemies, to oppose injustice, defy abuse of power, and speak for those who can’t find their voice.

That might sound a bit dramatic. For me, “friends” are my fellow Belleville residents who want their elected officials to practice h humility and to be accountable to the voters, who want a say in how their town is run and who meet with suspicion the idea we can develop our way into prosperity by distorting Belleville into something it is not.

“Enemies” are those who sit in local office and abuse it, selling out for campaign cash or doing the bidding of political machines and masters; people whose sole understanding of things is the dollar bill; and miscreants who would destroy our town, whether through underhanded means or through over-development.

Essex Watch help re-ignite my passion for local politics and being a civic activist, but the spark itself came much earlier. Russell Roemmele, longtime editor and writer for community newspapers, mentored me in my early writing and later offered me my first job out of college. We disagreed on just about everything, but the one thing he drilled into me was the absolute necessity — and more importantly, the true joy — of being a local watchdog.

Russell taught me from the very beginning one could not have permanent alliances with anyone in power, that today’s ally could quickly become tomorrow’s opponent. He taught me a good writer is guided by values and a sense of right and wrong, with which no person or institution can interfere.

Writing has been stock in trade since I was a kid, and my deepest hope is that Bellevile Watch inspires people to act. I want Belleville residents to ask questions and to demand accountability and ethical conduct from our elected officials. Further, I want them to believe in themselves, in their power, both individually and in community, to effect change.

Apathy is prevalent in Belleville, following years — no, decades — of corruption, nasty politics and promises made and broken. I appreciate that it’s an uphill battle, but challenges are rarely easily overcome. I welcome the challenge.

“The government itself, which is only the mode which the people have chosen to execute their will, is equally liable to be abused and perverted before the people can act through it.”

There’s been no shortage of people telling me that what I’m doing is a waste of time. People try to warn me that Belleville won’t change, that people won’t get involved unless something affects them personally. Others tell me that local elections are simply replacing one group of crooks with another.

I disagree with these sentiments, but I understand them. They do, however, lead to a larger question: What if I’m fighting for a lost cause?

I don’t believe fighting for Belleville is a lost cause. I believe most Belleville residents agree with Belleville Watch’s values. But even if they don’t, those values are important to me, and I will continue writing to promote them. I’ve fought for so-called “lost” causes all my life, because they are the ones worth fighting for. I don’t believe a good cause is ever lost, because if you don’t win, at least you’ve learned some lessons and maybe even gained a few like-minded allies for the next fight.

Another influence, I.F. Stone, once said of lost causes, “The only kinds of fights worth fighting are those you’re going to lose, because somebody has to fight them and lose and lose and lose until someday, somebody who believes as you do wins.”

The First Year Is Just The Beginning

The British writer Samuel Johnson once said that it is the writer’s duty to make the world a better place. In editing and publishing Belleville Watch, I abide by the faith that I am making our town a better place. I write on issues of interest, give my opinion, and hope I inspire others. I intend to continue to do, as this first year is only the beginning.